This year at Mapleton's, we are trying buckwheat for the first time on two small plots totalling about 5 acres.

One of these plots is between the pumpkin patch and the cedar hedge maze to prepare the field for strawberries.

As you can see from the pictures below taken in June it's actually a very leafy plant, quite different than what many people think of in terms of "wheat". 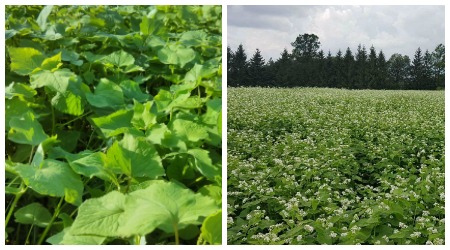 Buckwheat is not a grain and is from a totally different plant family than wheat. Wheat is a member of the grass family and only flowers and sets seeds once. Buckwheat is an undetermined flowering crop, which means it has a longer continuous flowering cycle.

Here is Martin in the same field of buckwheat, but in August. 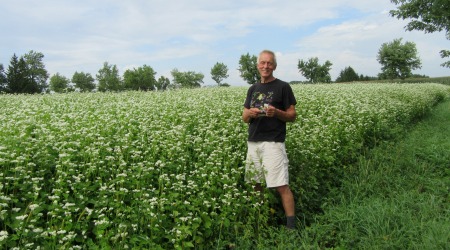 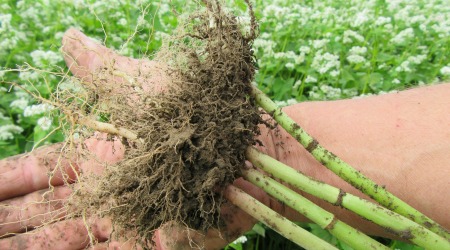 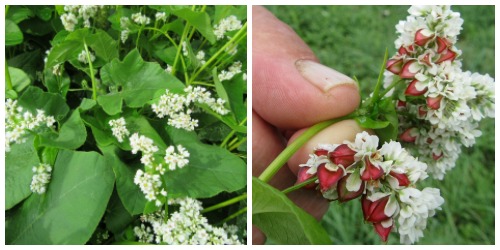 It will likely be mid to late September when the buckwheat will either be swathed and combined for seed, or alternatively ploughed under.

You may also find the following blogs interesting...

Beans to Oats & Peas to Alfalfa

What the Cows Eat & Monitoring Nutrition