Mapleton's Organic is a family owned and operated farm.

Visitors can drop by during regular business hours.

In addition to the herd of 70 dairy cows, the Mapleton's farm is home to many other animals.

A variety of other animals including alpacas, a miniature horse, a number of cats and kittens, and an Australian Shepherd named Bliss also call Mapleton's their home.

Feed for the dairy herd is grown on the farm and the resulting manure is composted and then used to fertilize the fields.  Additional crops such as spelt, soybeans, corn, and pumpkins are grown for human consumption.

In 1980, Ineke Booy and Martin de Groot, emigrated from Holland with their two daughters, Elske and Arwa.

They began with a 250-acre dairy farm and welcomed two sons, Egbert and Norman shortly thereafter.

After farming conventionally for ten years, Ineke and Martin became concerned about the impact of conventional farming and how it affected human health, the environment, their animals and their community.

As conventional farmers they were commodity producers; much of what they grew and produced was sold to other companies for further refinement.

Call it mother's intuition or a gut feeling, but as their children grew and their community connections deepened, Ineke knew that something had to change and she and Martin began to consider their options.

They knew they wanted to produce food and connect with the earth and their customers, but they weren't sure how this could look.

After much thought and deliberation, the decision was made to become organic. 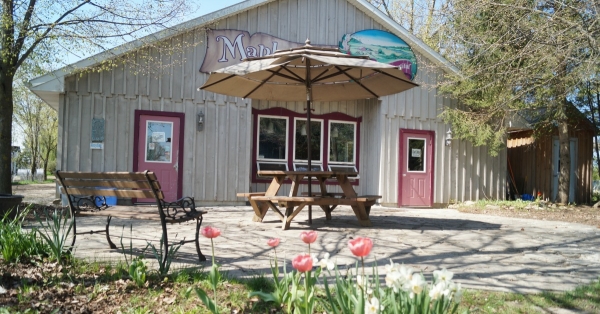 The farm now consists of 400 acres of organic land and a herd of 70 milking cows.

Unfortunately, in 2005 Ineke's health began to decline and in 2015 she was officially diagnosed with Left Frontal Lobe Dementia, a rare type of dementia.  In November 2017, the difficult decision was made for Ineke to move to a nearby long term care facility.  As noted, Ineke was a driving force in establishing Mapleton's Organic and you can read more about her influence on Mapleton's and the family's journey with her illness here.

Today, Mapleton's Organic is operated by Martin along with his daughter Arwa who is the Herd Manager of the farm. 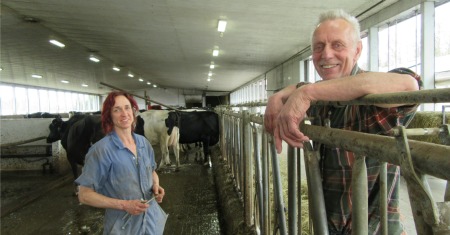